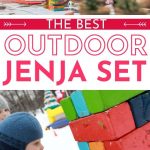 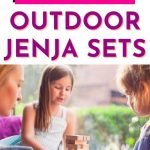 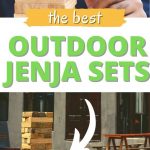 Jega is good, classic fun. It’s also one of those games that everyone knows how to play so you don’t need to spend a lot of time explaining the rules. But do you know what makes the game even better? Playing a giant version outside! Here’s the best outdoor Jenga set for your backyard.

One thing I love about Jenga is how easily it scales. Whether it’s with a big group or just as a couple, it’s something everyone can take part in. You can work on teams, take turns, or play multiple games relatively quickly.

Jenga’s also something that there’s a lot of variations for. That means that you can take the same game and play it again and again – only with different rules. Or you can go so far as to customize your outdoor blocks for your very own game of Jenga: Truth or Dare!

What to Look for in Outdoor Jenga Sets

At first glance it probably seems like all of these Jenga sets are exactly the same. One thing is true: they’re all giant versions of the classic, and they’re all made to be played outdoors. Besides that, though, there’s some differences.

There’s a few Jenga brand versions of the game on this list. They’re going to give you the most auntietic experience, since they’re the ones who popularized the game.

But just because they have the brand name recognition doesn’t mean they’re necessarily the best choice.

How tall can you stack your tower? Some come with enough blocks for a 3 foot tower, others go up as high as 5 feet or more. If you want a certain style that doesn’t go high enough you can also merge 2 sets to create an even bigger Jenga game.

While you’re at it, also look at the size of the blocks themselves. They do vary!

Since Jenga blocks are made from wood you want good quality materials. Treated wood is best for playing outdoors, although you should always store the game when it’s not in use.

The other big thing is how smooth the blocks are – you don’t want splinters while playing!

Finally, some blocks have different wood and stain colours so if you’re going for a certain look there might be options.

How do you store your game when not in use? When most of the games are similar in design the storage accessories they come with can be a big deal. Some are stored in a box, others in a bag, and some include wooden boxes or crates.

Some come with extra variations and rules, like numbered blocks and a dice. Other sets include whiteboards for keeping score.

This is the classic giant Jenga game. It’s officially branded, so you know you’re getting the same level of quality as the smaller version. This particular set stacks to over 3 feet high – perfect for families of multiple ages or generations.

When not in use the blocks get stored inside the box. Of course, the downside to this is that it will wear over time so you may need to buy another container.

This is a great option if you’re looking for an inexpensive outdoor Jenga set. Especially if you plan to customize the block with paint or writing. The tower starts at 2 feet tall and can grow over 4 feet as you play.

You also get a dry erase scoreboard and wooden die with this set, although there are no numbers on the blocks for the die to be much use. Of course, that’s an easy customization!

This is one of the biggest sets out there. A standard Jenga set has 54 blocks and this one has 60 which means two more rows on your tower. It starts at over 2.5 feet and can climb to be over 5 feet – perfect for playing on the ground rather than a table.

I also love the design of these blocks, they’re nicer than the standard Jenga block colour. The included crate acts as both a base for the tower and storage, which is perfect.

Finally, it’s made from reclaimed wood and sustainable materials and the company has eco-conscious principles.

No, you’re not having deja-vu, this is actually another outdoor brand name Jenga set. Unlike the other one, these blocks are larger and designed more for adults than kids. As you play the tower can climb to over 5 feet, which means some epic toppling when the tower comes down.

When not in use there’s a sturdy carrying bag, which means this game is also easy to take along camping or to the beach.

If you love Jenga but are getting tired of playing the same game again and again then this is the set for you. It not only comes with the blocks for a classic experience, but also includes a die, numbered blocks, and a soft and cute stuffed bird

The bird is meant to sit at the top to add an extra challenge as you remove blocks one by one. As for the die and numbers, that’s for a variation where you roll and have to remove a block of the same number that you get on the die.

When not in use the carrying case is nice and there’s even an extra one for the accessories.

What is the Best Outdoor Jenga Set?

All of these sets are going to give you a super fun Jenga experience outside, but our pick for the best outdoor Jenga set is the SWOOC Games – Reclaimed Giant Tower Game. There’s a few reasons why this set is the front runner out of all these options.

First of all, the quality is great. Both the craftsmanship of the blocks themselves and also the design. It’s nice to have a set that looks great when being played outside, and not just something that’s functional.

I also like how it doesn’t have any markings, which lends to the high end look.

The other major selling point is that it’s eco friendly. The wood is reclaimed and sourced ethically, which means a product that you feel good about buying. On top of that, the manufacturer also helps impoverished countries.

Finally, the included crate is handy for storage and also doubles as a table for playing – super convenient when you want to pull this game out on grass, at the park, camping, or the beach.

The biggest downside is that this wouldn’t be a great choice for someone on a budget or if you want a set that you can customize or write on.

All of these sets are going to get the job done. Your choice will depend on budget, what extras you want, how you plan to use the game (one time? Painting it?), and who’s playing. So while the SWOCC Games version might be our pick for the best outdoor Jenga set, your favourite could be a different option.

Regardless, Jenga is a great family-friendly game that you can play outside. The best part? All these giant sets are so much fun to see crashing down – even if you’re the one losing. 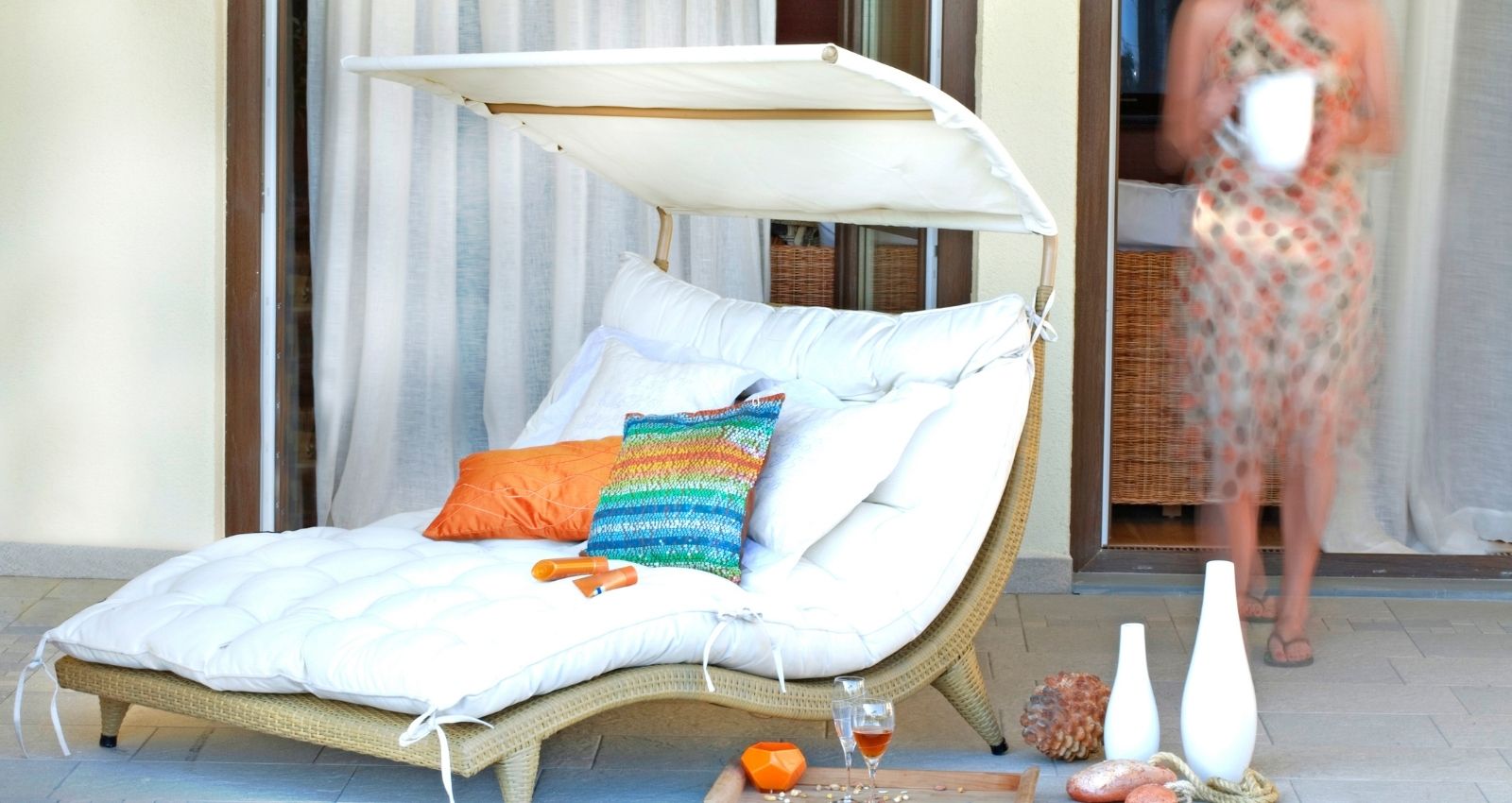 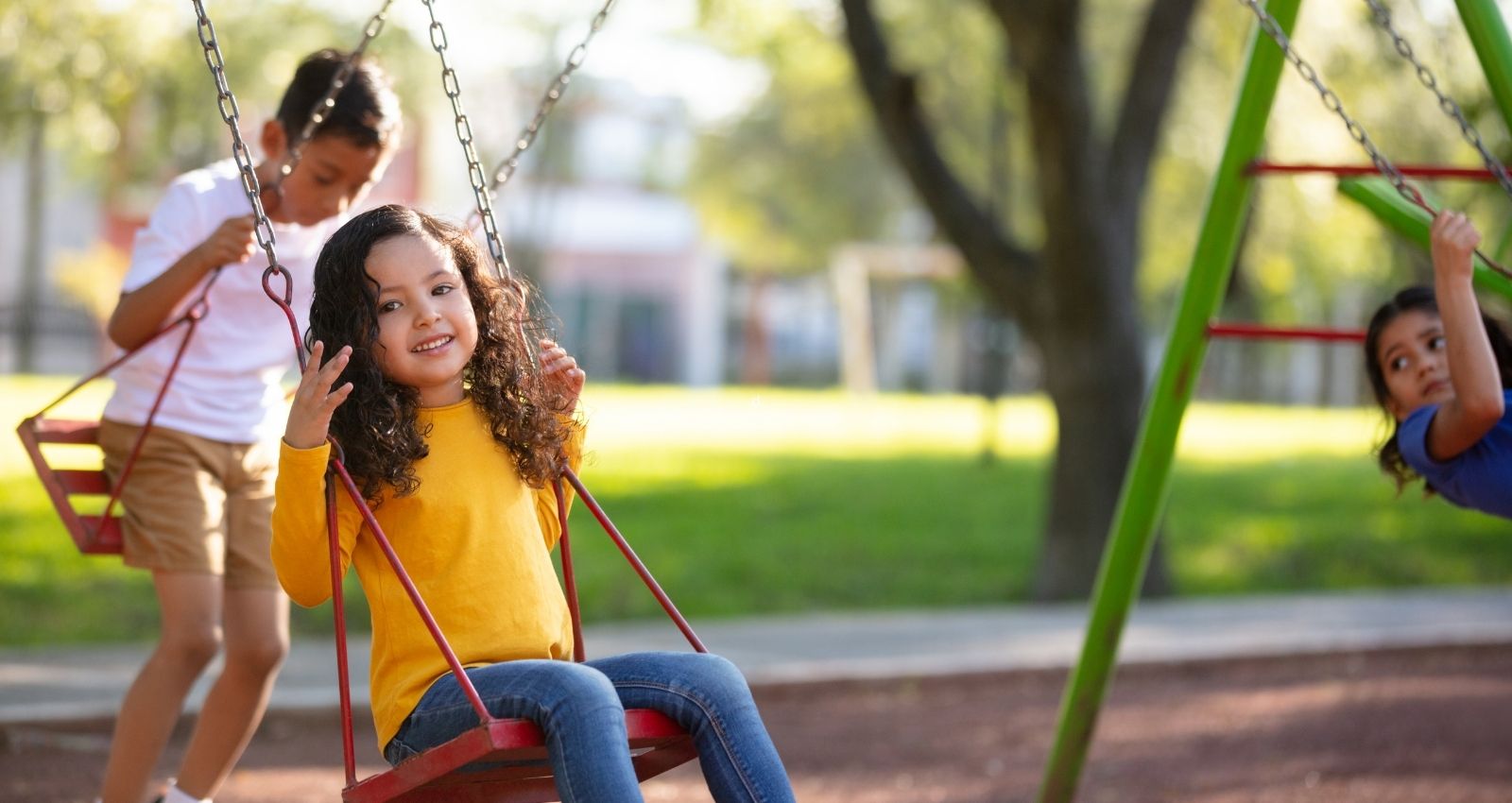 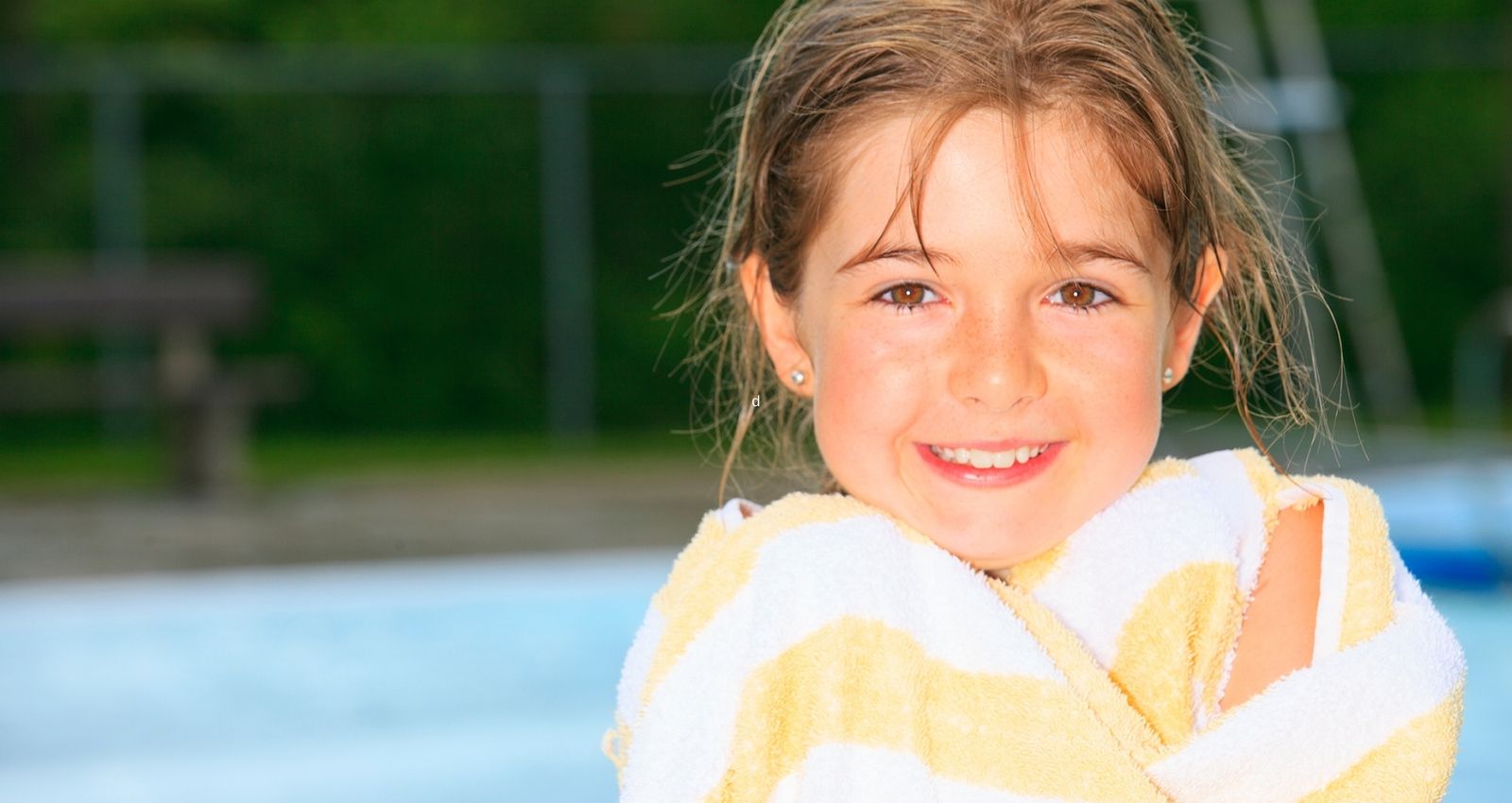 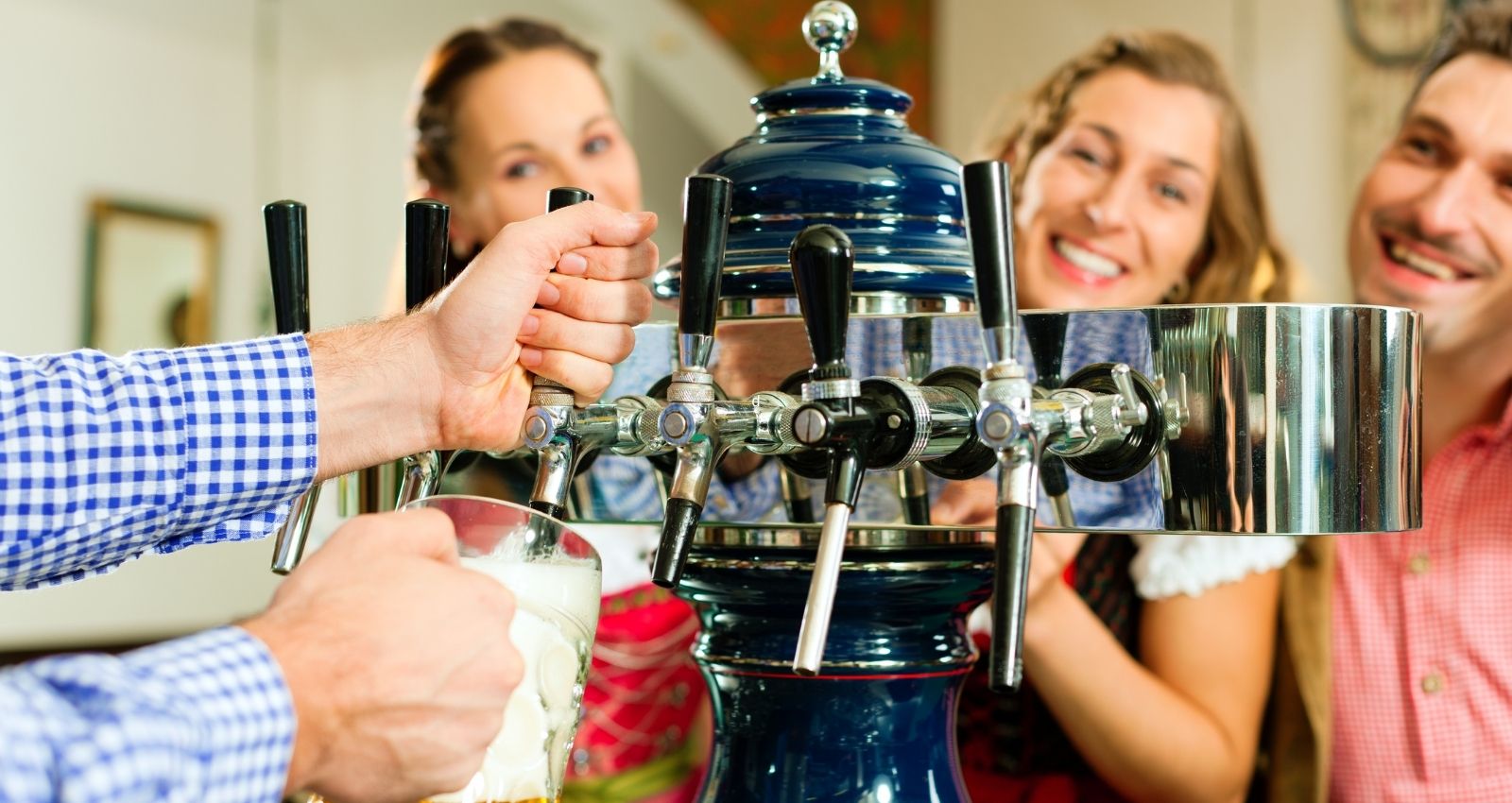 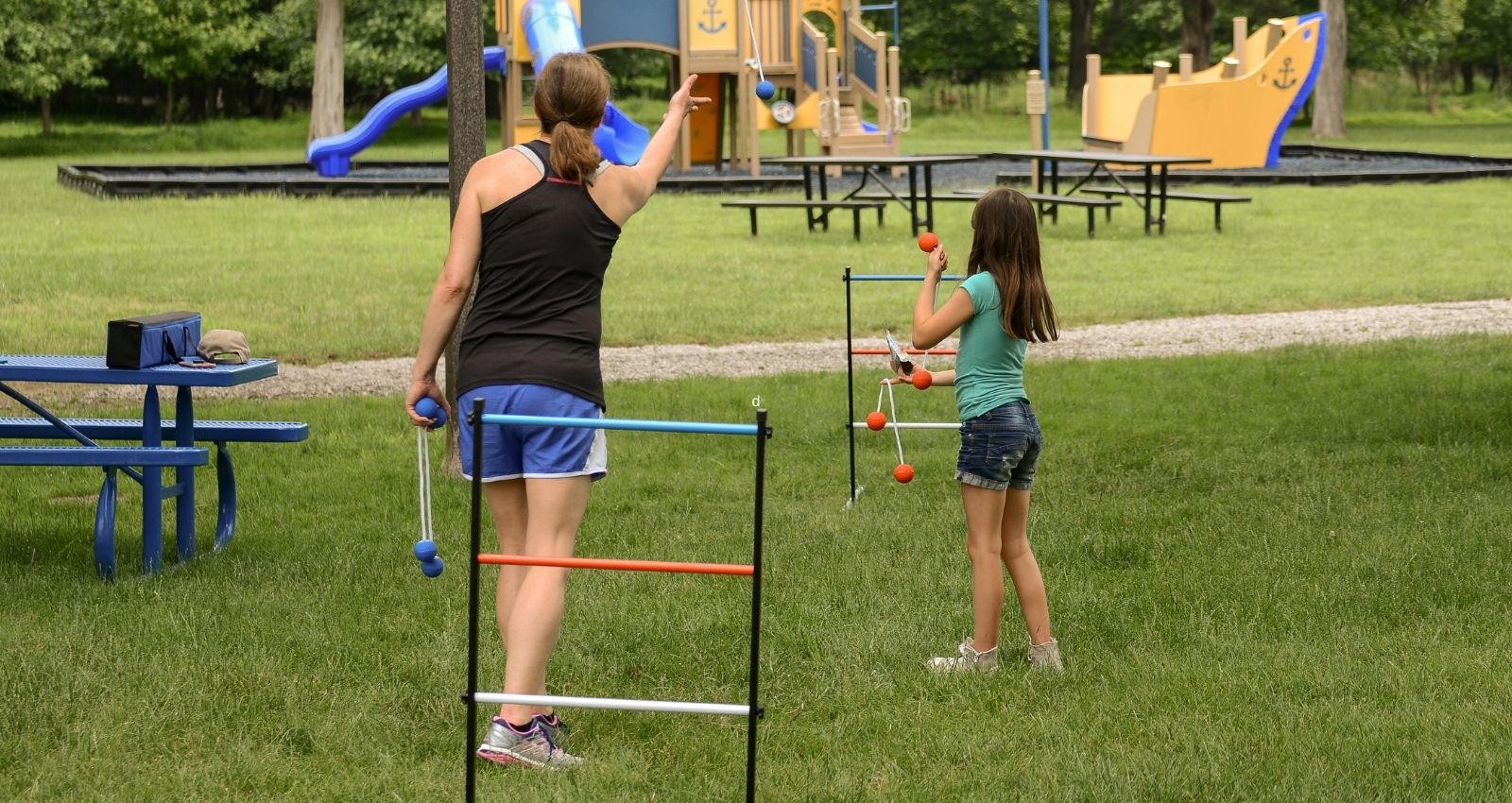 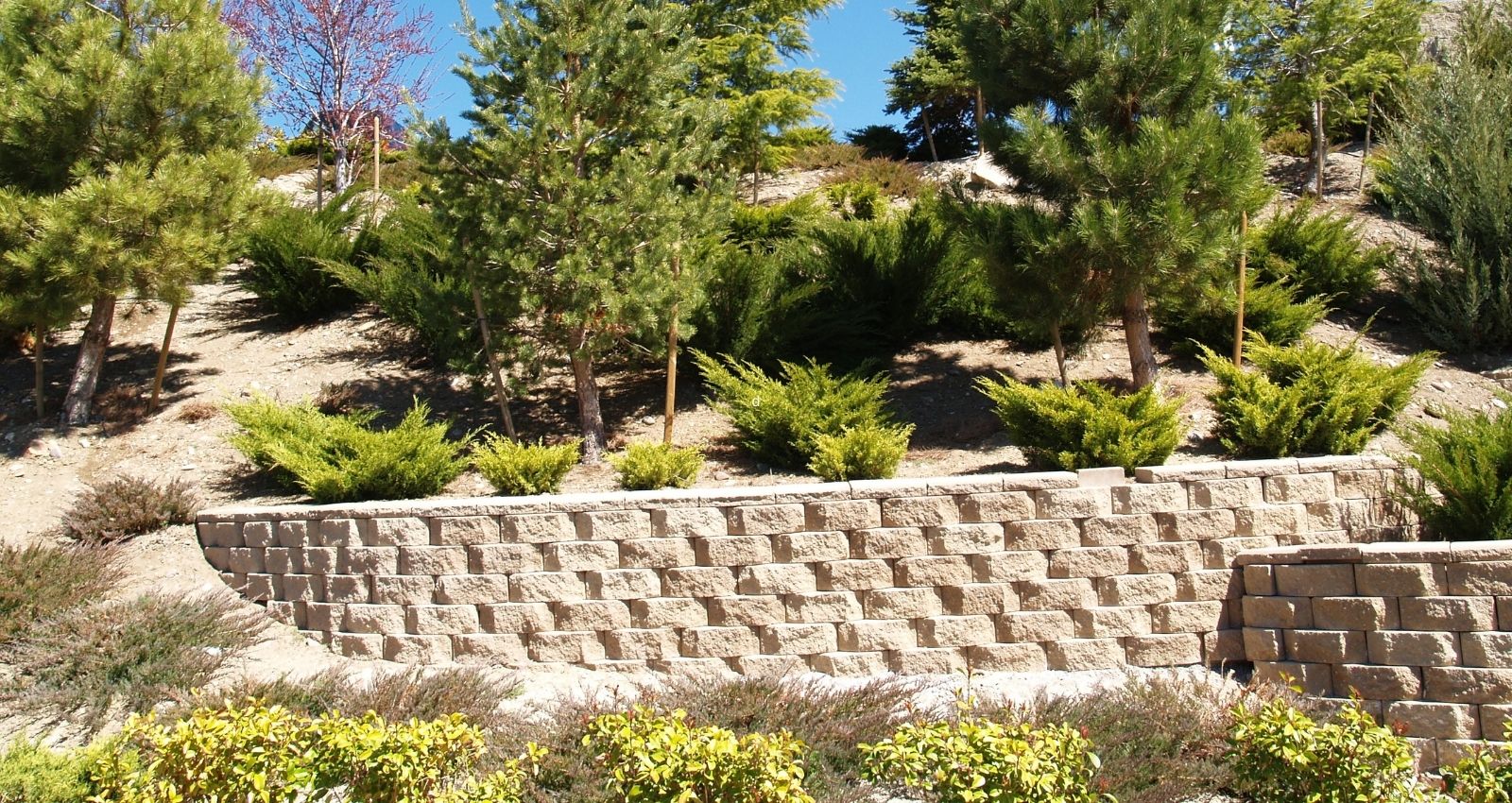 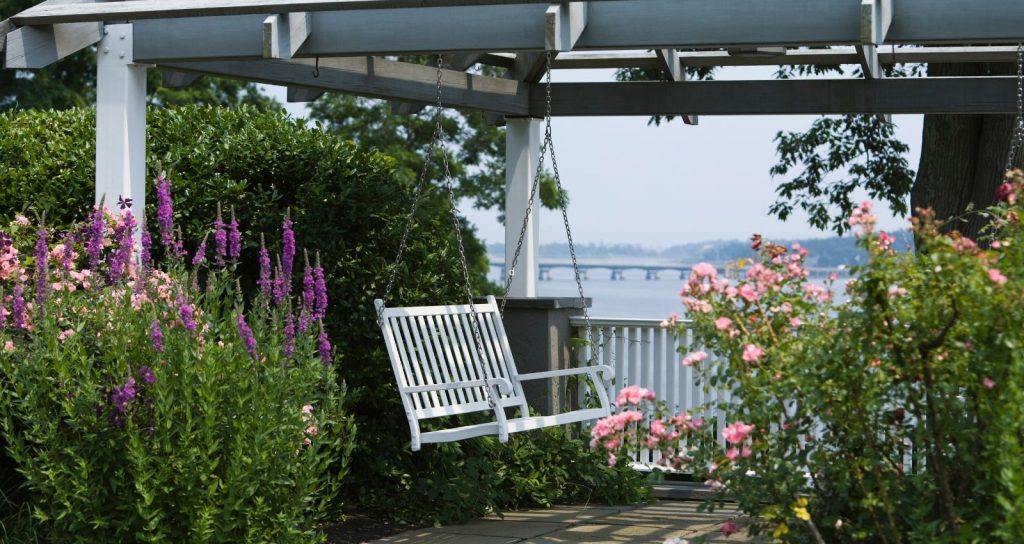 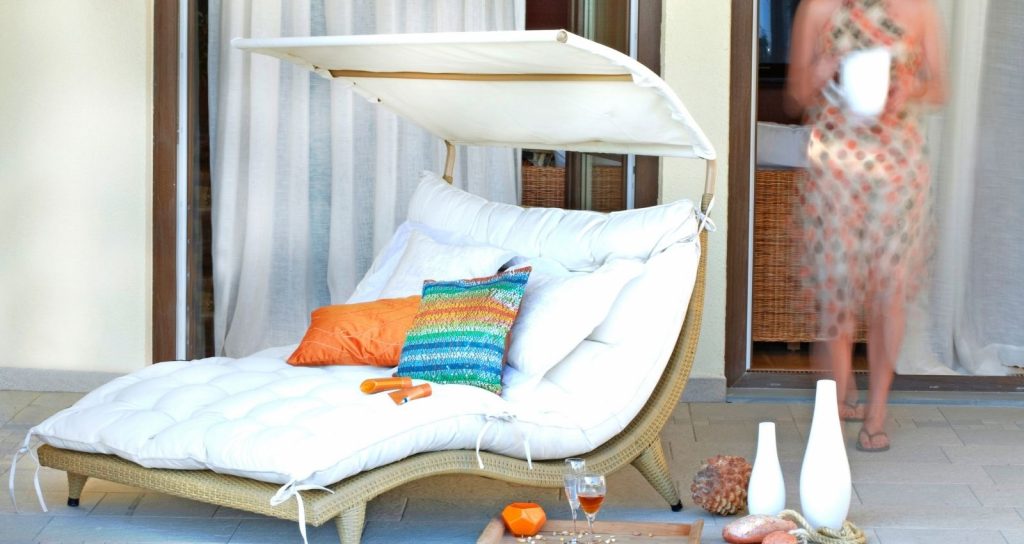 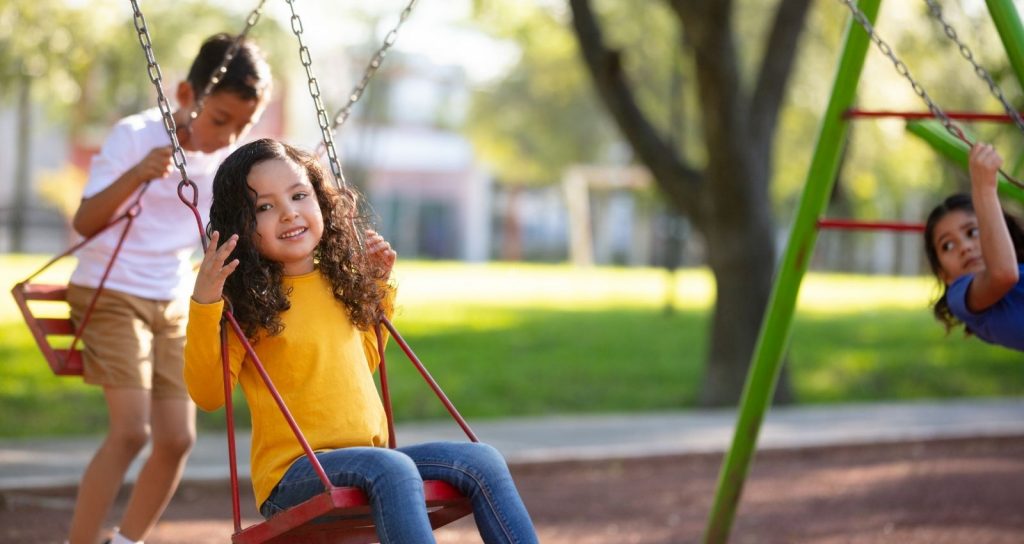